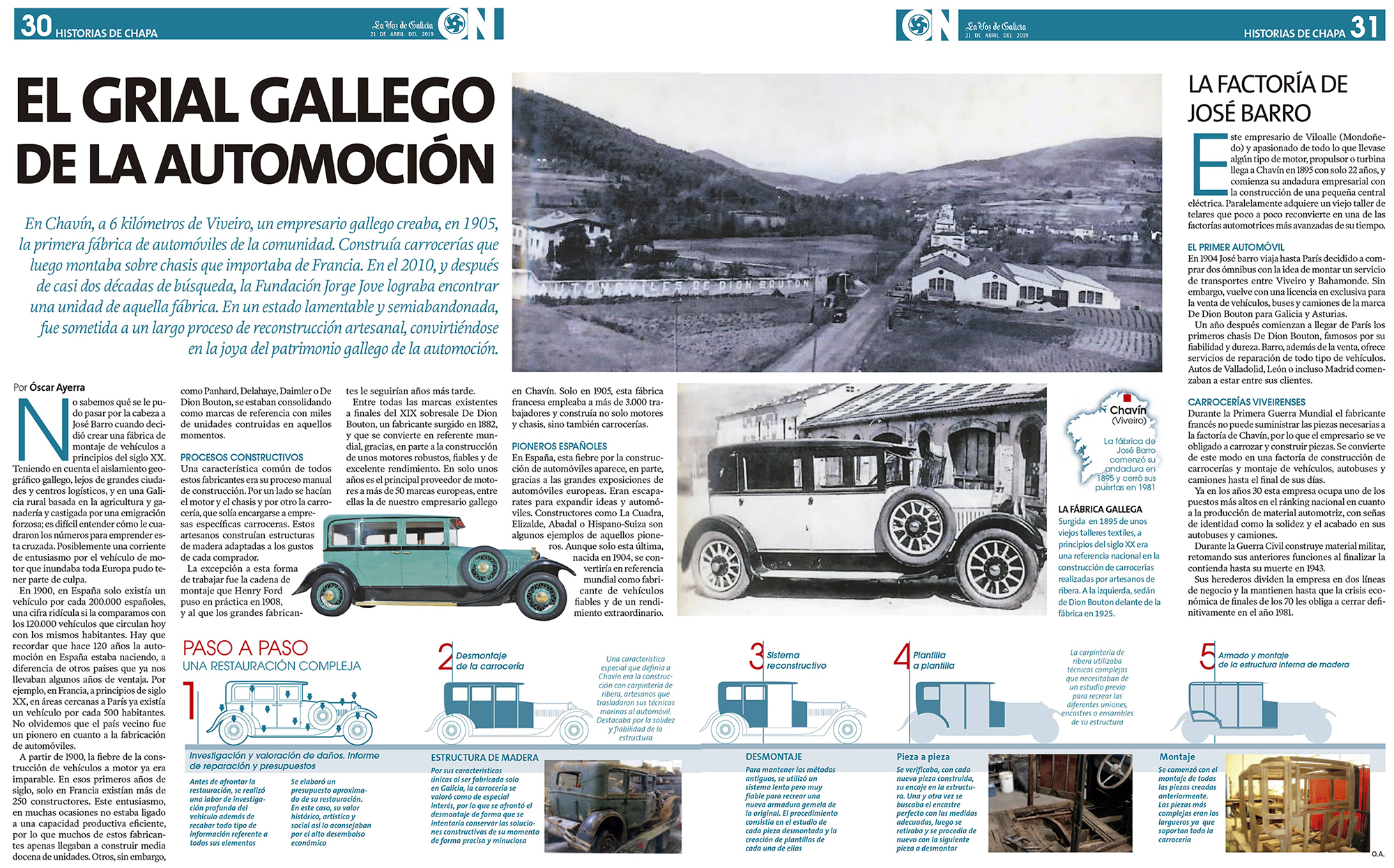 In Chavín, 6 kilometers from Viveiro, a Galician businessman created, in 1905, the first automobile factory in the community. He built car bodies that he then assembled on chassis imported from France. In 2010, and after almost two decades of searching, the Fundación Jorge Jove managed to find a unit from that factory. In a terrible state and semi-abandoned, it was subjected to a long process of handcrafted reconstruction, becoming the jewel of the Galician automotive heritage.