The Jorge Jove Foundation has been collaborating with all kinds of institutions, both public and private, since its founder, Ángel Jove Capellán, made public, on the Círculo de Dirigente magazine, his intention of creating a foundation or a museum named Jorge Jove, his son dead a year before..

The first collaborations were developed internationally and nationality, and consisted in exhibiting and museum criteria, patrimonial valuations, organization and development of any kind of event..

The accumulated training and experience let the Foundation start organizing and encouraging events which had not been organized before in Galician, as debates, chats, contests (elegance, orienteering, gastronomic, photographic, …), orienteering competitions, historic racings,…

The Jorge Jove Foundation is open to collaborations to develop actions that converge with its articles and objectives.

The Fundación de Ferrocarris de Galicia and the Fundación do Campo Galego are, without a doubt, the two collaborations in which more time and means have been spent until now.

The museum plan was developed with the Luis Blanco’s collaboration, Fundación de Ferrocarris de Galicia secretary and MUFERGA Manager. According to this plan, a medium-long term project is developed from the existing facilities. Once finished, it will definitely become a national and international reference.

The collaboration with the Fundación de Ferrocarris de Galicia involved the development of the plan, the first establishment and the cession of a minimum part of the exposed material. The Jorge Jove Foundation is open to future collaborations related to exhibiting criteria, exhibiting material and all kind of collaborations that converge on the objectives of both institutions. 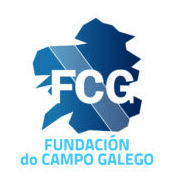 AGAMAC, Asociación Gallega de Maquinaria Agraria Clásica, had the illusion of creating a museum in Galician. Being Manuel Iglesias the Chairman of AGAMAC, it was visualised the need of an institution to contribute the rural area development, showing its culture, history and ecological value. This fact led to the formation of the “Fundación do Campo Galego” of which Jorge Jove Foundation and ABANCA were Founder Trustees. The next step, in close collaboration with Manuel Iglesias, was the creating of the Museo do Campo Galego project. Manuel Iglesias and Carlos Latas (current Chairman of AGAMAC) were decisive to the completion of the Museum.

The Jorge Jove Foundation was involved in the carrying out the museum project, its implementation and it collaborated with the donation and transfer of a large part of the exhibited material, as well as in the management of the Foundation until the Museum was opened.

The Jorge Jove Foundation is open to future collaborations related to exhibiting criteria, the cession of exhibiting material and all kind of collaborations that converge on the objectives of both institutions.

Go Top
We use cookies on our website to offer a conformed and relevant experience, keeping your preferences on next visit. By clicking "ACCEPT", you consent to the use of all cookies.
SETTINGSACCEPT
Manage Consent