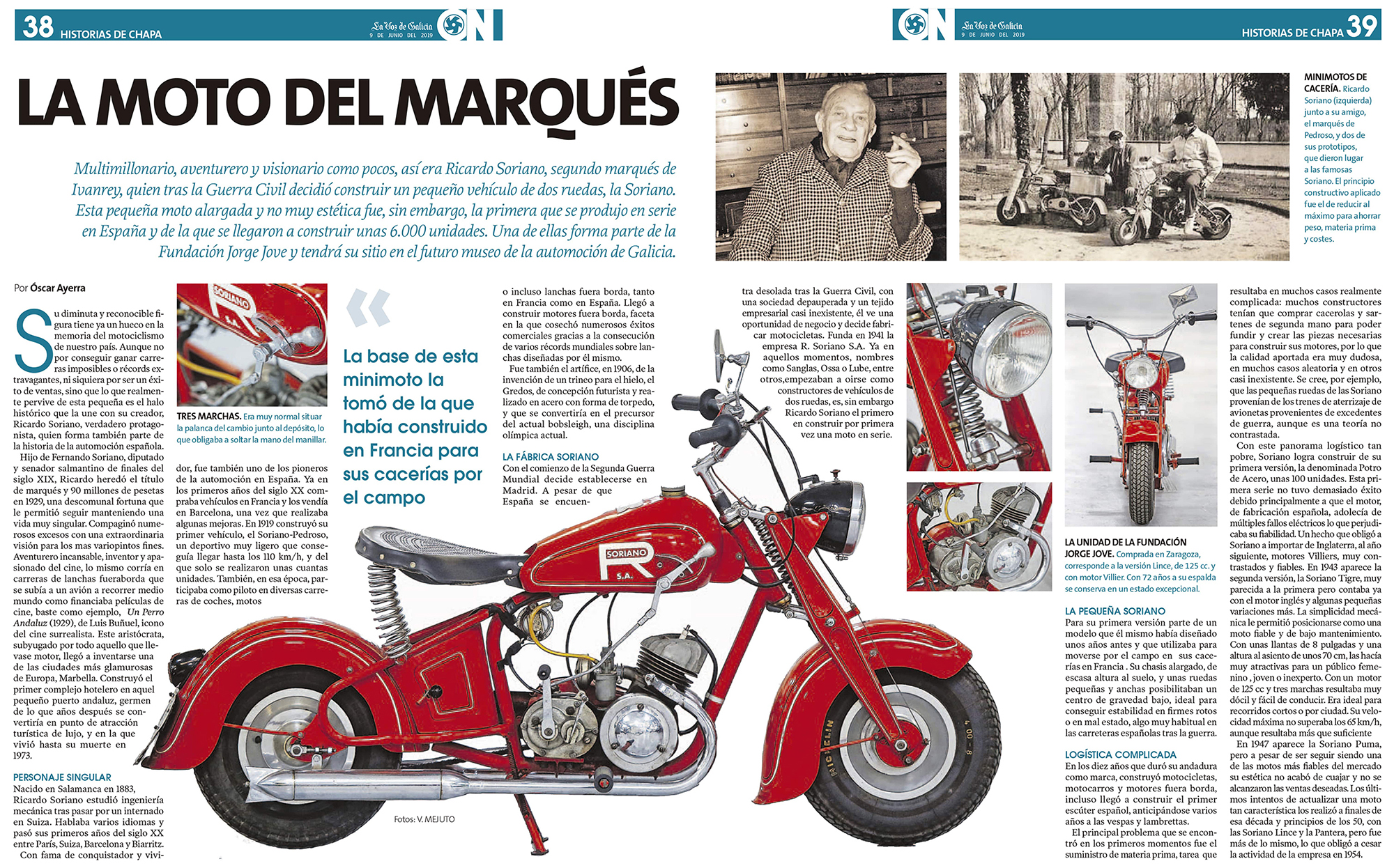 Multimillionaire, adventurer and visionary like few others, this was Ricardo Soriano, second Marquis of IvanRey, who after the Civil War, decided to build a small two-wheeler, the Soriano. This small, elongated and not very aesthetic motorbike was, however, the first to be mass-produced in Spain and of which some 6,000 units were built. One of them is part of the Fundación Jorge Jove and will have its place in the future Galician Automotive Museum.